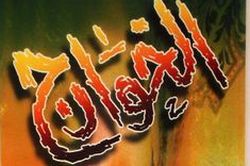 “There is a word of truth in what they say but their ends are devious” – Hazrat ‘Ali (r.a) The Khwarij and the Puritanical Revolt “There will come a time when a group of people will leave our ranks.

They will recite the Qur’an with fervour and passion but its spirit will not go beyond their throats. They will leave our ranks in the manner of an arrow when it shoots from its bow.” – al-Hadis by Motiur Rahman Origins After the Battle of Hunain the Prophet (s.aw) gave preference to a number of non-Muslims when distributing the booty in order to attract them to Islam.

A man named Hurqus rebuked the Prophet (s.a.w) by saying: “Be just in your distribution O Messenger of Allah.” The Prophet was incensed by this remark and responded by saying: “Then who can be called just if I am not just?” To this the Prophet added: “There will come a time when a group of people will leave our ranks. They will recite the Qur’an with fervour and passion but its spirit will not go beyond their throats.

They will leave our ranks in the manner of an arrow when it shoots from its bow.” The first antiestablishment tendency in Islam was instigated by a group of people known as the Khwarij in the first century of Islam during the lifetimes of the eminent Sahaba of the Prophet (s.a.w) of the likes of ‘Ali ibn Abu Talib (r.a.) and Mu’wayiah (r.a) amongst many others.

To the Khwarij, the standard of the Sahaba were not good enough (Allah protect us from such accusations), that the Sahaba were not ruling according to the Book of Allah, that legitimate rule belongs to Allah, and that arbitration is a pre-Islamic practice. The term Khwarij (literally ‘rebels’) first referred to a group of dissidents who rebelled against the leadership of Hazrat ‘Ali (r.a) following the Battle of Siffin (ah 37/ad 658) between Hazrat ‘Ali and Mu’awiya (r.a), and later evolved into a distinct antiestablishment tendency. Urwa ibn Udaiyya, along with 12,000 others, seceded from the party of Hazrat Ali (r.a) after the Battle of Siffin. They elected Abdullah ibn Wahb al-Rasibi and Hurqus ibn Zuhair as their leaders.

Al-Rasibi was known for his fervour in reciting the Qur’an, nicknamed Dhu al-Thafanat (the one whose kneecaps appeared like two humps of a camel due to his prostration in Salaah). At the time of arbitration between Hazrat ‘Ali and Hazrat Mu’wayiah (r.a), Urwa ibn Udaiyya said: “Are men to arbitrate in the affairs of Allah? There can be no arbitration except by Allah.” In his support he quoted the Qur’an: “The prerogative of command rests with none but Allah. He declares the truth and he is the best of judges” (6:57). Hazrat ‘Ali commented: “There is a word of truth in what they say but their ends are devious”.

This first group of rationalists were concerned with theological speculations, they were concerned with the nature of legitimate leadership and the conditions for salvation, and the ‘status of sinners’. At this point in history, in the interpretation of the Sahaba (r.a) it was unanimously held that the Khwarij had to be tackled, by both parties of Hazrat ‘Ali and Hazrat Muwayia (r.a), as none considered the Muslims outside the fold of Islam except the Khwarij.

Later, from among the group of rationalists emerged another, the Qadariyya which advocated the freedom of the human will in their doctrine. Opposed to this doctrine were the Jabriyya (determinists), led by Jahm ibn Safwan (d. ah 128/ad 746), who taught that no attributes could be predicated of God except for creation, power and action, since any attribute that could be predicated of creatures was not fit to be predicated of the Creator. Jahm’s teaching went against the Qur’an and the Sunnah, Muslims hold that Allah has ninety-nine (implying endless) attributes. Also, contrary to the Qur’an and Sunnah, Jahm held the Qur’an to be created and not the literal Word of Allah.

All these rationalist groups have some characteristics in common: tawhid and ‘adl or God’s Oneness and Justice. In their search for tawhid and ‘adl reason had taken the primary position over revelation; the Mu’tazila had even gone so far as to formulate a creed based upon Greek philosophical reasoning and interpreting the Qur’an and the Sunnah in such a way to make it fit into their line of thinking contravening the apparent meanings of the primary sources of Islam, in the name of the science of ta’wil (interpretation). The Mu’tazila had claimed that reason could explain everything, that revelation were only a back-up for reason, and only through reason we can find validity and proper justification for the Divine Revelation (wahy). This rationalistic project in itself is a bida or heresy – the imposition of human concepts on Divine Justice, the understanding of God through human reasoning – was something far removed from the practise of the Sahaba (r.a) whose motto was “We hear and obey”.

Among the issues the rationalists both from the Khwarij and the Mu’tazila are concerned with is the status of the grave sinner. In this field what distinguishes the Khawarij from the Mu’tazila is that the former hold that any person who committed a grave sin automatically became a non-believer, thus forfeiting all rights and protections afforded by Islamic law, while the latter believe that such a person was in an intermediate position, being neither a Muslim nor an unbeliever.

With this charge of unbelief the Khwarij and the proto-Mu’tazila even during the first century at the times of the Sahaba (r.a) have terrorized Muslims and waged war against them, plundering persons and property. Characteristics of the Khwarij Those who fight against the Muslims and falsely declare the Muslims as “disbelievers” (takfîr), “pagans” (tashrîk), “misguided” (tadlîl), “innovators” (tabdî`), “pantheists” (ittihâdî, hulûlî), “grave-worshippers” (qubûrî), “cultists” (turuqî), and so forth. The following are the common between different Khwarij groups: 1) The declaration of kufr (unbelief) on the Sahaba e.g. Hazrat ‘Ali, Uthman, ‘Amr ibn al-`

As, Abu Musa al-`Ashari, Mu’awiya, and all those who consented to the process of arbitration. 2) That all perpetrators of major sins were permanently destined for hell. 3) The declaration of either kufr or shirk upon those who differed with them. 4) That it was obligatory to overthrow an oppressive ruler by force.

It is important to remember that to falsely charge a Muslim outside the fold of Islam takes one outside of Islam himself. Allah save us from such sins and accusations. Amin!

Marriage – The Emanation of Love and Synthesis

Mu’tazila and the attributes of God

Etiquettes of Sharing on Social Media

@wp_updates Hey WP Updates, There is an issue with auto-updates - all updates come with error:… https://t.co/E5aULz4RSU

Reply Retweet Favorite
@Josh__aj We’re not owner of that site. This is website from a customer has purchased our theme. We just selling Wo… https://t.co/DTF7gN1WbS

Reply Retweet Favorite
@iamFRANQ @Naijaknowhow Hi, Can you tell me where do we use your content? Do you know we're a company work for sel… https://t.co/udWd8ULHvG

Reply Retweet Favorite
@nuysink Hi, Thank you for loving our theme. Please send us an email via our contact form: https://t.co/JZEY1EfBio… https://t.co/cs8uftDWjN